I have been a singer my whole life, my first public performance was at the age of 5 when I sang Silent Night at a school assembly. I loved to write poetry and songs in primary school and would often perform them at I grew up listening to all kinds of music, putting on performances on Sundays with my sister for mum and dad. I started singing with a vocal group in high school and did this for 20 years. It gave me some tremendous musical experiences and allowed me to gain so much knowledge of performance and part singing. After I left this a few years ago I worked as a solo artist, building career as a wedding and events singer, and performing at local venues. I started a (formal) duo with my sister Emma where we did the same thing, but together. I got back into my writing and through a fortunate meeting one night my singer/songwriter career was officially born.

Heart Songs is my debut album of original work, and it has been many, many years in the making. Each song is very special to me, telling a story of a special person, moment or emotion. Each song is real and is from my own life. It was recorded here in Mount Gambier at Palomino Sound with Tristen Bird producing, recording, engineering and mixing. It was Mastered by ARIA award winner Govinda Doyle. All the musicians on the album are Mount Gambier locals. I met Tristen in January of 2019, at a gig. From here I started to rehearse a Fringe show that we were putting on in March, which served as pre-production for the album. It was recorded in June and released on July 2019.

Heart Songs is exactly what is says – songs from my heart. Each song is very special to me, telling a story of a special person, moment or emotion. Each song is real and is from my own life. There are songs I wrote for people’s weddings, the birth of a child, about my Nana, my horse and loss and love. I love to tell stories through my songs and each song has a particular story or message woven through it.

During pre-production I got super inspired and knocked out another 3 tracks which ended up on the album, bumping off a few. It was during this time that I was learning so much, so quickly, about the process of recording, and how the other musicians would fit into my songs. Up until this point, I had only ever played them on a piano. So during a final couple of days, I got inspired and that’s when Nadine, Serra, and Kasper were born.

For me, when I get a song, the tune generally comes first. Sometimes lyrics and tune together but on most occasions tune first. From there it’s like I am writing a poem to fit around the tune. When I took my songs to Tristen they were bare-bones, like really just me on a piano, just bashing out the chords as I am not a piano player at all! From there he was able to add the guitars and expands the sound. I loved this process. I loved hearing how someone else interpreted my song, how they put their spin on it. I also at one point found it very challenging – were these still MY songs? It was an interesting time for me. Such a positive experience overall. We had done so much work on the songs for the show we put on in March, the process of recording was incredibly straight forward and well-rehearsed. We blocked out 2 weeks, in the first week the bed tracks were laid down as each instrument layered on their work. In the second week, I was able to put down my vocals to the completed tracks.

Honestly, I am not in a position to tour – I have a young family. I am working on building my online presence and playing gigs in my home town of Mount Gambier and surrounds.

My music is based on my voice, and the story in the lyrics.

I pretty much always listen to either the Beatles or Queen in the car. If Weezer brings out new music I am listening to that, I enjoy the music of Keeley Connolly, Jen Lush, and Lilia, other indi artists.

As a songwriter, I was inspired during the writing of Kasper by Keeley Connolly.   I think deep down without realizing I hark back to my dad’s music of Johhny Cash and traditional country and western, but transferred to a folk vibe. Harmony wise I love Abba and Fleetwood Mac.

I am incredibly passionate about mental health and well being in rural communities. As a mother of 2 boys who experienced postnatal depression after both children were born – I have an insight that I can share. I am an ambassador for local help group LifeboatSE and have recorded a podcast to share my story.

My early plans for my next album is to reflect deeply on my PND experience.

I have recently been nominated in the South Australian Music Awards in the category of Folk Artist. This has been a tremendous honor for me and also gives my music validation and credibility.  I am looking at recording another album with my collaboration Alemjo (meditation and ambient music). I am planning a Fringe show for March next year featuring the music of The Beatles but sung by 2 girls. 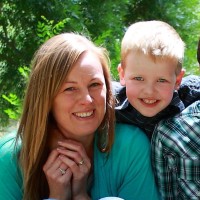