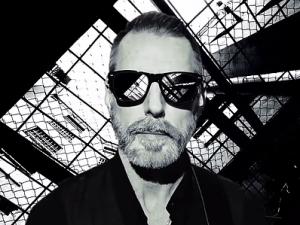 There is a guy who is a Blues and Americana badass and he has those genres running through his veins. Well you are thinking that there are probably a lot of people like that, but this guy is special in a way. Coming from the great city of Los Angeles, this renegade of blues and swamplands goes by the name of RJ Comer. From singing in churches and around campfires, and working a “regular job” this guy recorded an EP called the “Nightly Suicide”. By the first sound of the name you are probably thinking that it is a black metal EP, but you got that wrong. With his powerful voice and emotional performances RJ has made a name for himself. As he has already released two albums and two EP’s prior to “Nightly Suicide” RJ Comer has toured all around the North America. From pubs, taverns and biker bars RJ has left his mark, captivating the audiences with his great performances.

He has also worked with a lot of great names over the years, one of whom is the Grammy winning producer Matt Hyde. Coming in as his latest EP is the “Nightly Suicide” an Americana Rock oriented with a little spice of Blues. Containing 6 tracks, the EP is a story of a lot of things. Things like love, relationships, addiction, and the great open road. “Losing What You’re Losing” is one of the songs on the EP that speaks about a relationship, about how you got to lose something to get something, of how it’s not all black and white. The lyrics are about his will to get over the fact that he has been hurt too many times, and still not giving up on love but warning her that she has much to lose. Followed with some sweet guitar playing and RJ emotional vocal, this is one of the awesome songs on this great EP. One of the tracks that caught my ear is also the “The Moon Ain’t Fallen on Me”. Starting with only guitar and vocals, the story unfolds. Angels, demons, life, comic and all that in a bottle of bourbon, drinking till despair but getting back up, because the moon still haven’t fallen on him. A song about the right choices, about never giving up, learning to fight and even if you fall short rising up again. And the song that the EP has its name from, the “Nightly Suicide” brings that rock blues swing, rolling in with some great guitar riffs. Talking about life, women, booze and yeah the great open road, a true image of a badass. Living the life, riding in to the sun set and telling the story from the bottom of the bottle this song takes you there on that journey. At least it does it for me.

The conclusion is that this is a great EP with some real soul. Done with great production, the guitars that are played with great feel, drums and bass with some simple but sweet grooves, this EP brings that Americana sound with the vibe of the open road. It takes you to a special place, so it is a must have for sure.