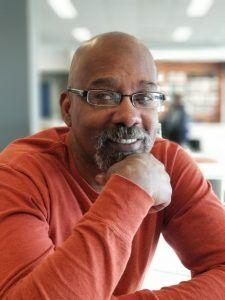 Erie, Pennsylvania – March 4, 2020 – With nothing holding him back, William Smith is finally letting his talents be known as he takes one giant step forward in his music career with a handful of new tracks that will both entertain and delight adult contemporary fans.

As a child, William Smith was surrounded by all the usual suspects; friends, family, and music. Yes, music was utilized in a myriad of ways – from the time they woke up and shared breakfast to right before bedtime. So no one was surprised when William found his own way in music and started tinkering around with it as he got older. He found himself in situations playing with the likes of Leann Ledgerwood, Zack Economos, and Ted Pante but went to the traditional college route to make his family happy. A knee injury forced him to leave that behind and with that came the reality of working a steady job.

While he spent his time clocking in and out, music was always there and now at 62-years-old William Smith is finally able to focus his time and energy on the one constant of his life; music. He’s been making music for 45 years but in the past 15, he’s taken his skill level to new heights by adding guitar skills to his plate. Smith was already a pianist.

With songs that deliver a healthy dose of Adult Contemporary with pop-rock and country notes, Smith is an artist to take note of. With that, those interested in adding new music to their playlists, or interviewing William Smith can reach out via the information below.

About:
William Smith has spent his entire life singing, and now he wants to share his gifts with the world with a batch of tracks that are ready to please the masses.