Salem Orion Is A Dream With Her Latest Releases 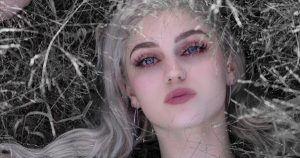 Sebastopol, California – May 15, 2020 – Based out of a small community of artists in California’s Sonoma County is the next big name in music, Salem Orion. With a voice that demands attention and a vibe that takes listeners back to the height of ‘90s R&B while bringing modern-day elements to the table, she’s set on making her presence known with her latest releases, including her stunning single, “Missing.”

Salem Orion’s lead single, “Missing,” has received massive applause for what Reignland’s Denise Sherod called a “sultry” track that was “soulful and romantic.” The song even landed Salem a partnership with WatchMojo’s SoundMojo. Not bad for her first time out of the gate. Since then she’s released two more singles, “Not Missing Me” and “Memory.”

“…a brilliant piece of music. I like the powerful melodies. Besides, the vocals are out of this world.” – Lefuturewave on “Not Missing Me”

Born in 2001, Salem Orion took to music early and started singing by the time she was three. By 10 she was releasing original music and videos online and the radio – proving she was a go-getter from the start. Today, Salem Orion pens beautifully arranged and delivered songs that reflect love, loss, and healing. Making her lyrically like Halsey and Jessie Reyez, and musically like Tinashe and SZA.

Those interested in adding new music to their playlists, featuring her singles on their site, or interviewing Salem Orion on their site, podcast, or radio show can reach out via the information provided below.

About:
Salem Orion is on a roll with three mesmerizing singles to her name already, especially her lead single, “Missing.”