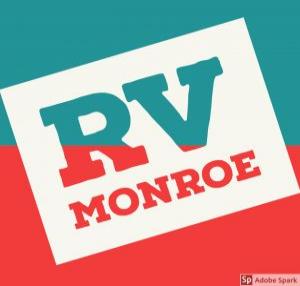 Brighton, United Kingdom – May 5, 2020 – RV Monroe is proud to announce the release date for his next single “Spooky Moves.” Dare to be scared when this tantalizing new track drops June 28, 2020.

“Spooky Moves” will be RV Monroe’s first release of 2020. It follows 2019’s ‘More Milk’ EP. A record that gave off a ‘70s rock meets ‘90s alternative rock vibe throughout and on its lead single, “SuperGirl.” A style RV Monroe has made all his own while intertwining decades, styles and vibes to bring forth a sort of goth-pop sound to the masses. With that, he plans on taking things to new levels with the release of “Spooky Moves” come the end of June.

A solid performer, RV Monroe has been fine-tuning his stage skills since he was just 17-years-old. Which surprised no one as he came from a musical family that found themselves moving from Portugal and South Africa a few times. All the while music kept them grounded and lively each and every time they settled into a new home. As he got older, RV Monroe realized music was more than just a family affair. With that, he packed his bags and moved to the UK a decade ago to pursue music full time. Since then he’s had misadventures in various groups, played the Glastonbury Festival, and finally found solace as a solo artist.

RV Monroe has a lot coming up in 2020. Not only will his new single, “Spooky Moves,” be out on June 28, 2020, but he’ll also be making his movie debut in ‘Need.’ The upcoming release featured him playing a London busker singing “Minnie & The Animals” from his EP ‘More Milk.’

Those interested in adding new alternative music to their playlists, premiering or featuring “Spooky Moves” on their site, or interviewing RV Monroe for their site, podcast, or radio show can reach out via the information provided below.

About:
RV Monroe announces the release date for his next single, “Spooky Moves.” Catch his new single out June 28, 2020.