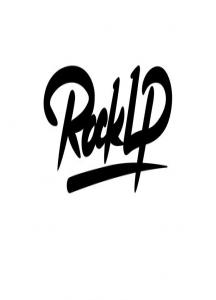 Salt Lake City, UT – August 24, 2020 – Up and coming hip hop artist Rock Lp is bringing a fresh style to the music world. “Momentum” tells a story of the hard work and grind the artist has experienced in his life.

“Momentum” is a tale about Rock Lp’s hustle to get into the music industry and make himself a success. Each song on the album is about motivation, determination, and someone’s mindset can change their lives. The music is a refreshing mix of change of hip beats and progressive change. Listeners will connect with the themes laid out in each track.

Rock Lp’s music career began when he started playing piano when he was seven. Rock started writing his songs at the age of 12, and also added the guitar to his repertoire. Rock had struggles growing up, but the music was his way to cope and overcome. Along with releasing music, Rock was inspired by the ones closest to him, his mentor (in 2018) who eventually became his business partner starting an independent label, Prolyfix Entertainment. Rock states: “I create music to connect with people, and hopefully share a part of me that I have learned from that they can relate to and feel inspired by.”

To listen to more of his music, or to contact Rock Lp for an interview on their site, podcast, or radio show can reach out via the information provided below.

ORDER YOUR PRESS RELEASE
« Matthew C. Is Setting The Tone For The Third Quarter With Latest EP » Taliban Quan Is One Of The Hardest Artist That You Haven’t Heard Of… Yet