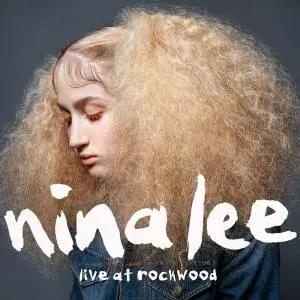 New York, NY – November 25, 2019 – Nineteen-year-old New York based pop-soul, singer-songwriter Nina Lee made her musical debut in late 2017 with her ‘Snapshots’ EP. On December 16, she will release her first follow up: ‘Live at Rockwood,’ featuring six recent recordings captured at her last show in the landmark New York venue, Rockwood Music Hall.

From the opening bars of the heartfelt ballad, ‘Willing,’ to the closing notes of her cover of the Amy Winehouse classic, ‘Valerie,’ Nina’s upcoming live record admirably showcases the strength of not only her songwriting abilities but also her powerhouse vocals. Spanning songs Nina has written over the past six years, ‘Live At Rockwood’ includes material addressing a number of issues critical to teens today – from bullying, on ‘Try To Break Me’ (which she wrote at 13) to gun violence, on ‘Freedom,’ which she wrote after the Parkland tragedy.

Backed by a stellar group of young New York-based musicians, Nina not only carries all of the vocals on the new record, but also showcases her skills on both baritone ukulele and piano.

Track listing:
• Willing
• Try to Break Me
• Freedom
• Lion Man
• I Got This Light
• Valerie

Nina is currently in the studio working on new material for her first full-length studio album. She plays Pete’s Candy Store in Brooklyn on December 16, 2019.

ORDER YOUR PRESS RELEASE
« ‘Talking To Myself’ Is Five Tracks Of Folk-Pop Bliss » Sweetest Thing I Know (EP) – A lyrical, guitar-fingerpicking masterpiece