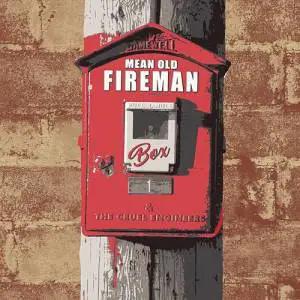 Box 1 features 11 solid new Americana tracks, including some fresh takes on covers of classics: it’s a can’t miss experience featuring the slide guitar innovator that is Ned Bolle. Influenced by everything from the Blues to Jazz to electric Bluegrass, Box 1 takes listeners on a wild ride. Alongside Bolle for that ride are his trusted confidants and bandmates. Behind him on drums is Joey Pafumi (Walter Trout, XYZ, Paul Nelson Band), as well as Rick Plourde (Brian Maes Band), and Chuck Whiting on the keys.

Together they’ve crafted a cascade of instrumental Americana rock that fans of Dixie Dregs and Sonny Landreth would appreciate. Songs such as “Through the Notch” and “Gulf of Slides” promise to take listeners above and beyond anything currently on their playlists. Led by Ned Bolle, they bring a powerhouse of players to continue the evolution of American music.

Those interested in adding new music to their playlists, reviewing Box 1, or interviewing Mean Old Fireman & the Cruel Engineers can reach out via the information provided below.

About:
Mean Old Fireman & the Cruel Engineers are proud to present their debut, Box 1, featuring both originals and must-hear covers of some classics tossed into the mix.