New York City, New York – November 22, 2016 – Luxury Player is more than just entertainer. As an artist, he truly followed his own path and created his own lane. Fusing hip hop and Dancehall with Afrobeats, and other exquisite elements.

Born Stan Moja, Luxury Player discovered hip hop music in Nairobi City, Kenya. Sometime in the ’90s his peers nicknamed the artist Luxury Player because of his knack for luxuries and taste for finer things. At the age of ten, Luxury Player began writing his own raps and doing freestyle shows. His love for art and design developed early, inspired by hip hop and street culture. He found his passion in music and exotic automobiles. Thereafter he moved to New York in the early 2000’s to become a rapper and entrepreneur.

After honing his act through several years of performances in small clubs, Luxury Player broke onto the scene in 2010 with the release of his debut mixtape Ride Music. He made a name for himself performing at pool parties, night clubs and events. His ability to paint pictures with words and evoke emotions through music is unmatched. To provide a unique experience, Luxury Player uses only exquisite beats from select producers and works with a handpicked distribution network. His gigs are always dope. His music is about having a good time. However, what really sets him apart from the pack is his unique sound.

About:
Luxury Player is a vehicle for something greater than us all. He truly followed his own path and broke many barriers. As a destination, greatness would be impossible to locate as it’s as infinite and inexhaustible as the possibilities art create. Luxury Player’s music is about having a good time and he understands one thing that never changes with Hip/hop, its pulse beat in the streets. 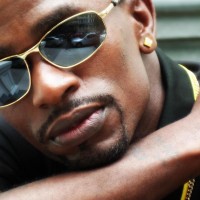 Luxury Player has it all. But he is more than a rapper. Born Stan Moja, Luxury Player discovered Hip/Hop music  in Nairobi… ...Read More