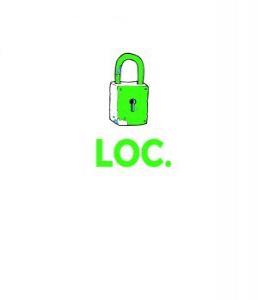 Plymouth, New Hampshire – April 13, 2020 – Life doesn’t always go the way one intended. One minute you’re a college athlete with your eye set on making it as a professional, and the next you’re laid up with an injury having to decide your next move. That is the reality for some, including LOC. While some may’ve fallen prey to an injury, LOC. took it, ran with it, and started making music. Now he’s ready for the world to hear his latest single, “L.A.,” due out April 16, 2020.

LOC. is currently a student at Plymouth State University. Born in Toronto, hockey was his first love and with that came dreams of making it big in that arena. Working towards that goal from an early age led him to be an NCAA hockey player. That was a leg injury that landed him in the hospital, and after 11 surgeries he realized his career on the ice was over. While some may have let that lead them down a negative path, LOC. saw the positive side of it and switched gears.

Not long after he was released from the hospital, he started focusing on a new passion; hip hop. It has been a year since the injury that changed his course and in that time LOC. has poured his heart into music. One can hear the love and happiness he puts towards his rhymes, and will soon hear it when he drops “L.A.” on April 16, 2020.

He was hit with a curveball that could have taken him anywhere, but it led him to music and it’s his positive outlook on life that keeps him moving forward, and he wants to share that with the rest of the world, especially now more than ever. The rising hip hop artist noted, “I want people to believe that there is positivity in the world still and that after this coronavirus crisis is over we’ll be able to experience it again.”

Those interested in adding new hip hop to their playlists, featuring “L.A.” on their site, or interviewing LOC. for their podcast, site, or radio show can reach out via the information provided below.