Greenwhich, London – October 7, 2016 – After almost two years of waiting Tutankhamun And The Golden Age Of The Pharaohs is finally available worldwide for preorder on iTunes. Drastic Universal Records has officially confirmed to release King Tiger’s EP on October 7th in all stores.

For King Tiger, this is his first EP ever released in his career before debuting his first full-length studio album since the release of his Mixtape ‘Streetz & Romance in 2013. Though he did release “Nobody,” “Taking You Home” and “Started Off” in all digital stores, King Tiger managed to run his record label while recording several other studio albums at the same time.

The EP will reportedly be an Apple Music exclusive first, though it’s still widely expected to make major moves on the charts. As King Tiger promised the rollout, the EP does indeed include 6 songs, though previously songs like “Nobody” and “Loving You Crazy (feat. DeeSire)” are included. The release of the project was heavily influenced by an Eygptian God who was crowned King at the age of nine in the 18th Dynasty.

Fans and The Source believe that The Dominant King has one of the longest EP titles of the century ranking the project as the top (10) independent of all times. To support the long-awaited EP, which includes Former Loyalty Squad Reggae Artist ‘DeeSire’ and former Coke Boys affiliate Yung Paperchaser. Production from Dred and Mic Massive

You can stream the exclusive award-nominated EP Tutankhamun And The Golden Age Of The Pharaohs everywhere on iTunes, Soundcloud, Pandora, iHeart Radio and many more.

About:
King Tiger is an 2X IMAs award winning/nominee recording artist and New York based rapper/entrepreneur who’s taking the music industry to a whole other level. 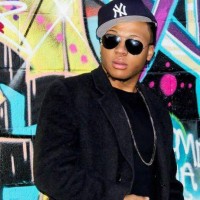 King Tiger of Bronx, NY is among Celebrity stars, King Tiger has been announced globally for a nomination in the… ...Read More