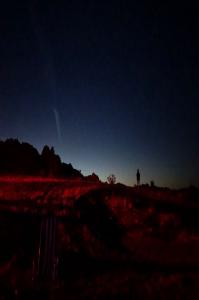 Los Angeles, CA – September 29, 2020 – Singer/songwriter Keveen Baudoin is excited for the releases under his solo project SIDE DƟƟR. With the release of his solo EP and an upcoming release in the works, Keveen is making his name shine in the music industry.

The first release under SIDE DƟƟR is an EP titled “Organized Mess” that was released on streaming platforms to great success. The catchy and well-written lyrics showcase Keveen’s talent. The next EP that will be released is “Brightest Aching Star.” The tracks on the EP feature the talents of six female vocalists:

The EP will be released on October 5th on streaming platforms.

Keveen is a French native living in Los Angeles. He has already earned a name in the music business by collaborating many acts in France and the US such as Dream Phases and Low Hum. Keveen has experimented with many music projects, pushing the boundaries of different genres such as Folk and Pop.

To listen to more of his music, or for interested parties to reach out to Keveen Baudoin for an interview on their site, podcast, or radio show, can make contact via the information provided below.