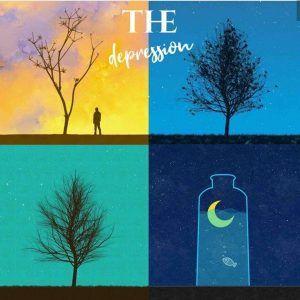 ‘The Depression’ is J-Rich’s first big project and he couldn’t be more thrilled to share it with audiences near and far. Showcasing not only his personal journey through life, but also covering a cascade of emotions throughout, ‘The Depression’ resulted in a beautiful blend of hip hop and R&B. With everything from sadness and the obvious depression to the highs of joy, there isn’t anyone who won’t be able to find something they can relate to on this album. As for depression, with that still being something new found in the hip hop community, it’s a refreshing album that will allow fans to open themselves up to the idea of mental illness, and will show it’s not to be stigmatized.

To get a taste of what’s to come April 15th, listen to the lead single “Heartbroken” featuring Lc2crazy. Released earlier this year in February, “Heartbroken” showcases J-Rich’s skills when it comes to laying down rhymes and offers an insight to the level of professionalism and poise that will be found on the rest of the record.

J-Rich has always been ambitious and is dedicated to getting better every day. He started making music and writing in his early teens, and took steps to make it his career as soon as he graduated high school at 18. Now he’s determined to keep steady on his rise to the top of the music industry.

Those interested in adding new music to their playlists, reviewing ‘The Depression,’ or interviewing J-Rich can reach out via the information below.

About:
J-Rich is making major moves in 2020 with the release of his EP, ‘The Depression,’ April 15th.