Javiere Inniss Releases His "Class Assignment" Song, I Want To Be

Naples, Florida —  Thursday, April 29th, 2021 —  This light-hearted catchy acoustic song “I Want To Be” talks about the story of who Javiere wants to be when he grows up and the challenges he faced when he was younger. Originally, it was an class assignment he had to do a few months ago before the start of 2021. The song has a relaxing, yet energetic sound that is a must listen if you want to hear something in a calm environment.

The past for him wasn’t easy, but with music along his side, he was able to pick himself up and tell his story in this song and in his upcoming album, “Life Beyond Everything”. In the song, he mentions of losing someone very close to him. Then, in the chorus he put that he wants to “be somebody great” that “helps others along the way”. The lyrics here tell his goals and passions and for  future generations.

Everyone has went through something in their lifetime that changed their life forever. Javiere’s favorite quote is “Tough times never last, but tough people do”, reminds him that he went through a lot and can get through whatever that comes in his way. This is the message that he brings in this particular song that makes people, including himself, have hope for the future and for what is coming ahead.

An interesting fact about this song is that it was originally a school class assignment given by his English teacher in Palmetto Ridge High School. In mid December, the teacher assigned a multi-modal project for the whole class to do, and of course, Javiere chose to do a song for his assignment. A few days later, he roughly finished the project and submitted it to his teacher. Later on, he re-did some parts of the song and added some more before the official release.

Javiere Inniss’s song is for anyone going through a rough time or just need to relax and vibe. With everything that is going on, music is much needed and listened to now more than ever.

Fans and listeners can listen to the song and stream/purchase in the description on YouTube: https://www.youtube.com/watch?v=anYcjnUrObE

Javiere Inniss is a passionate artist that shares his message and brings joy through his music. Over the years, he overcame and grew as a person from a not-so-easy-life. He creates Rock, Singer/Songwriter, R&B, and many more to come. He has written 30+ songs, collaborated with 10+ people, featured in several playlists and a compilation album and aired on radio. His main goal in life is to succeed in the music industry and make others happy. 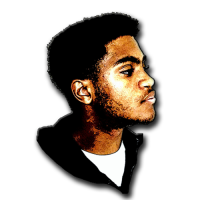 Javiere Inniss is a young, independent artist. At the age of 12, he learned how to play the guitar and… ...Read More