Little Moses Jones first CD titled had a special meaning that we want everyone to think about.
What Did You Do Today To Be Great?
How Will People Remember You?
Most of us do not think about this. Live your life to the fullest and remember that your actions are what most people remember you by.

The appropriately titled CD “Legendary” of Little Moses Jones’ original work was released in 2014. The CD was nominated for 5 Hollywood Music Awards for “funky Cruise”, “Walk this Road Alone”, “It’s Over”, “Shake It” and “Merengue Funk”. Little Moses Jones sound is a live energetic one that captivates audiences all over the world. His songs such as Shake It will keep you on the dance floor, bobbing your head to the funky sounds of this hit.

Little Moses Jones is currently working on his self-titled album “Little Moses Jones”. It features major international talent from all over the world such as Darryl Woolfolk, Bobby Messano, Hazel Miller, Tony Exum Jr. and many more. This album will talk you on a musical journey from past to present to captivate your hearts. Little Moses Jones Self Titled Album is set to release by the beginning of 2020.

Get Your Copy Of Legendary Today By Little Moses Jones. Your Ears Will Love You.
https://music.apple.com/us/album/legendary/89346239

Denver Artist, Little Moses Jones is a high energy artist that brings back soul, blues and r&b in a new style. With his catchy sound, he will have you asking for his next song and upcoming show. 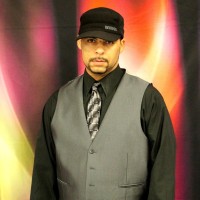