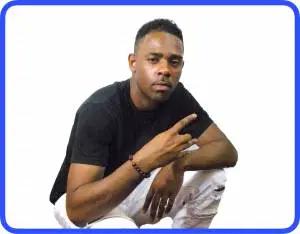 ‘Fuck Your World’ Out Now

Saint Albans, New York – November 11, 2019 – Born in Queens in late summer 1990, music was an inevitable path for a young G Polynice. He showed an interest early on and since then made a name for himself locally. Now he’s planning on making his presence known worldwide with the release of his debut, ‘Fuck Your World” and his current single, “30 Degrees.”

A bold sentiment from an even bolder artist, ‘Fuck Your World’ features 10 tracks that leave listeners yearning for more which is why G Polynice dropped another single before 2019 got through. “30 Degrees” takes the elements found on ‘Fuck Your World’ and cranks them up to an 11. Currently, G Polynice is working on a video for “30 Degrees” that will feature shots from around the globe for what he describes as “very cool footage.”

A performer since he was younger, G Polynice became a local favorite due to his stage presence but music isn’t all he’s got going on. He’s also got some acting under his belt with short films and some shows.

Those interested in adding “30 Degrees” to their playlists, reviewing ‘Fuck Your World,’ or interviewing G Polynice can reach out via the information provided below.

About:
G Polynice is looking to go from local hero to internationally known with his debut, ‘Fuck Your World,’ out now.