For heights and depths no words can reach, Nathan Speir has a new music album to release.

FOR HEIGHTS AND DEPTHS NO WORDS CAN REACH, NATHAN SPEIR HAS A NEW MUSIC ALBUM TO RELEASE.

WINSTON SALEM, NC —October 21, 2014 – Pianist and composer Nathan Speir will be releasing his highly anticipated sixth album, The Emotive Leaf. It will be released on January 5th 2015 on both CD and digital download. An iTunes pre-order will begin on December 8th 2014. The album is a rich experience that connects broad emotive themes with a universally ‘personal’ journey that is sure to take each listener on their own journey.

Describing the production of the album in his own words, Nathan Speir says “Producing this album was like getting in my car (my home studio) and driving to a new and unknown destination, setting up camp and bringing back photos and memories of those experiences. I look at this album as an emotive novel put to music and summed up on a leaflet, thus the name ’The Emotive Leaf’,” explained Nathan. The two disc album takes the listener on an emotive journey beginning with ambient chamber music on Disc 1 transitioning over to re-interpretation of the tracks in solo piano which adds a complementary experience to this album in its entirety.

Nathan Speir takes an evolutionary step in his sonic palette in Disc 1 of the album by painting synths, classical guitar, Native American flute and several fine digitally sampled instruments around the piano. “All these new instrumental textures were included to relay those impressions from the recent journey…internal. I found a place there that was on the edge of timelessness….impressions of the maze of time casting a shadow on eternity, it was where no words can reach.” The result on Disc 1 is an emotionally moving, piano based, ambient chamber soundtrack.

But, Nathan didn’t stop there. Having no desire to hide the beauty of solo piano, Nathan was compelled to relay a host of impressions from recent inner journeys that needed to be expressed this way. Disc 2 offers a re-working of the tracks from Disc 1 with a bonus track “The Bicycle” all featuring a wonderfully toned grand piano sound. Comparative to a George Winston solo piano album, you could say that Nathan’s solo piano tone is a little ‘darker’ in timber and overtones, but it is effectively pure solo piano nonetheless.

The emotions and experiences that Nathan Speir relates in The Emotive Leaf transcend one’s mind to one’s journey in life with a fluid relativity. “Even though the essence of those experiences are untouchable, I know that I was able to capture the energies of those experiences into the music because I had to wipe the tears off after performing each piece during the recording,” says Nathan.

Songs such as “A Little Fear”, “Tears That Heal”, “Accepting The Medicine” unfold an inner journey of deep introspection. While a “A Dear Friend” pauses to hold you by the hand before Nathan Speir sends you even deeper into “Telescopic” and “Where No Words Can Reach”.

It all comes together ending with the track “Dreaming As It Should Be”. “The last chime is a faction off beat with the end guitar strum,” says Nathan Speir “I wanted to leave it that way because it reminded me of a stumbling child who remains happy…despite the imperfect world he lives in,” says Nathan.

“I believe that deep inside our heart is a well of experiences and emotions, and they are precious. In my inner journeys these past seasons, I put some of those archetypes on a musical leaflet. I imagined that part of us is like a leaf on a tree that processes food and, at the same time, plays the role of a catharsis for the organism. What I am describing is ‘The Emotive Leaf’…our noetic heart.”
The slogan on Nathan Speir’s website is “For heights and depths no words can reach, music is the soul’s own speech.”, and his newest album The Emotive Leaf is an apparent fruition of Nathan’s artistic motto. You will find The Emotive Leaf online at CdBaby, iTunes, Amazon and other retail stores on January 5th 2015, and if you just can’t wait for that instant gratification track, you can pre-order the double disc album from iTunes on December 8th this year. 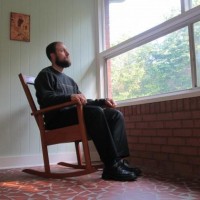 Currently an independent and unsigned artist, Nathan Speir is a pianist and composer who began learning his instrument and craft… ...Read More