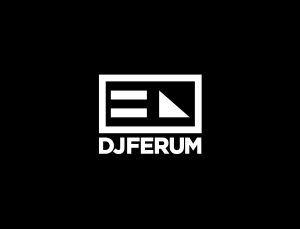 Oslo, Norway – March 18, 2020 – What started as a love of music in their teens quickly developed into something more very quickly as the duo that makes up Djferum realized just what they were capable of in the electronic realm. Now they’re sharing their talents with the world via a myriad of inescapable tracks, including their March 20, 2020 release, “Better.”

“Better” is just the latest single from Djferum. It follows the release of two very contrasting releases from earlier this year; “Believe” and “Pull Me Closer.” Each holding the ability to impress the mainstream, but for different reasons. “Believe” has a pop essence while “Pull Me Closer” showcases a more demure vocal. While they vary in style, they each celebrate their electronic base. Variety, that is what Djferum is all about in their tracks and they will not disappoint when they bring something completely new to the table with “Better.”

Djferum began when the Ramazan Uymaz and Elias Tob were just 15-years-old after spending many a night listening to the likes of Alan Walker, Avicii, and Kygo. A mere two years later in 2017, they were already going viral across the board on some 50 lists in their native Norway, as well as in Switzerland and Poland. Their early success drove them to continue writing, recording, and performing their inspired music throughout the world.

“Better” will be available on March 20, 2020, on all major streaming platforms and iTunes.

Those interested in adding new electronic music to their playlists, featuring “Better” on their site, or interviewing Djferum can reach out using the information below.

About:
Norway-based EDM duo Djferum is to prove things can get “Better” with their new single.