Orlando, Florida, USA — Wednesday, February 10th, 2021 — Progressing as an Artist. Stepping into the next level every time. With plays, followers, and downloads on the rise. Rockin’ Todd Russell is definitely stepping his game up.

With numbers on the rise, this artist is about to open some new doors. Going into Vinyl Releases and new styles of progression to his music.

Life is a dance, One does try to dance, Ondoes think of dancing, The music plays and move around the room, Thats why it’s called a dance.

It’s new era, a new world, a new feeling. We are in a new place in life. But i still feel there is indeed a tomorrow.

Looking forward to all the new releases and new release albums coming from Rockin’ Todd Russell. Be on the watch for what’s coming.

Top Site to listen this artist is at : https://open.spotify.com/artist/7LpyvDH1Xj5fVV7FMyf3iu?si=eWIVIN5kRhOZlBsXgZVMeA

A Dj, A Producer. His produced tracks go on vinyl and digital download shops. As an Artist when he plays live. 2 Technic 1200’s (Analog Turntables). And he always mixing his own produced records in his mix. Great Artist. Good parties. I Love this scene. 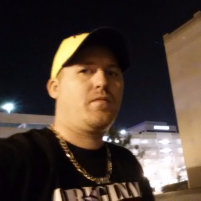