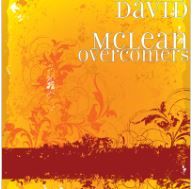 Luton, Bedfordshire – February 20, 2020 – David Mclean and his band have been delivering wonderful Christian sounds for years now. With their 2016 release, ‘Overcomers,’ they delighted and inspired many. Now they plan on doing it all over again in 2020. David Mclean has announced a new album can be expected in late 2020, with new singles out this summer, a concert coming up on March 1, 2020 in COGOP Wembley.

‘Overcomers’ was the 2016 debut from David Mclean and his band that includes Kevin Anderson, Noel McLean, his son Nathaniel, Christine Clarke, and the late Hyacinth Campbell. With that album, and all that follow David Mclean wants to deliver not only music to the world but a positive, uplifting message to the masses.

David Mclean has been making music for over 30 years now. Born third in a lineup that includes a total of five children in an Afro-Caribbean household, he was enamored with sound from an early age. Pair that with his appreciation for the Lord and his signature Christian Gospel sound was born.

Tackling everything from everyday struggles to the strength of the Lord, David Mclean and his trusted band want to spread awareness throughout the world with their music. Those interested in helping them with those who have a place for new Christian music on their playlists, those who want to interview David Mclean, or those who’d like to do a feature on or cover the COGOP Wembley show on March 1st can reach out via the information provided below.

About:
David Mclean leads a hearty Christian band with R&B roots that deliver praise and worship music with their latest, ‘Overcomers,’ and their new album that’s set to drop later this year.

ORDER YOUR PRESS RELEASE
« One Shade Of Soul Wrote, Recorded, Composed Arranged & Performed All His Lyrics & Produced, Mixed, Engineered All His Music & Filmed & Edited All His Video At Home In His Dying Bed & His Hospital During His Heart Transplant for His C.D. release “Something 4 Everyone”. » Andrew Farstar Reimagines The ‘Classics’ With New Album
Categories: Press Release
Tagged: Christian