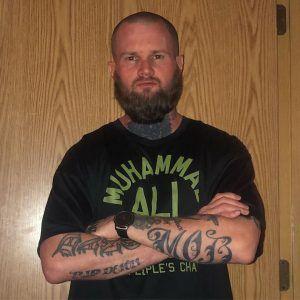 Las Vegas, Nevada – May 11, 2020 –Ca$$per Loc (Cassper Loc) has been giving audiences a taste of what’s to come from his seventh studio album for a couple of months and while there is still some time between now and the release of ‘Lion Food,’ he’s giving us another taste with the May 2020 release of “Alla That.”

Real Thug Mu$ic presents Ca$$per Loc’s seventh studio album release, ‘Lion Food.’ The California/Las Vegas-based rapper has already dropped a handful of singles ahead of its release to get audiences hyped including “Heart of a Champion (Soul of a Lion),” “Like Me,” and “Cuzz We Some Gangstaz.” Now he will add to that with the release of his latest single from ‘Lion Food,’ “Alla That.”

Like many, Ca$$per Loc grew up loving music but didn’t fancy himself an artist much less a songwriter until he wound up being behind bars in a California Prison in 2001. Inspired to get more out of life than the four walls of his cell, he took to writing. Once he got off parole in 2006 he thought he could do something with all he’d written but life had other plans for him. He went on the run for over a decade that caught up with him in 2017. He beat the case a year later and finally found enough peace of mind to get to work on the songs that would eventually lead to 2020’s ‘Lion Food.’

Those interested in adding new hip hop to their playlists, featuring “Alla That” on their playlists, or interviewing Ca$$per Loc for their site, podcast, or radio show can reach out via the information provided below.