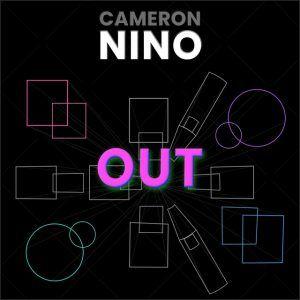 Los Angeles, California – March 25, 2020 – Every generation has moments, people, ideas that define them. For Gen Z, the world has already met Emma González and Greta Thunberg, and soon enough they’ll recognize Cameron Nino’s name among this generation’s movers and shakers. For Cameron Nino is a music visionary, and he has just released a new album called ‘OUT’. He is also an environmental advocate who makes music to keep listeners informed.

‘OUT’ is half a dozen songs deep, each one displaying a new genre. From mainstream hip hop on tracks like “In My Bag” to the guitar riddled anthemic “Cobra,” each will have listeners wanting nothing but more. A songwriter, performer, producer, and multiinstrumentalist – Cameron Nino was all hands on deck with ‘Out’ not only because of his passion for music but because this record is dedicated to benefiting the youth-led environmental movement, Zero Hour.

Tired of not being a part of the actual conversation about climate change and its impact on the world, a passionate group from Gen Z banded together to make sure their voices were heard and that they’d have a planet to call home when they are older.

Those interested in adding more music to their playlists, reviewing ‘OUT,’ or interviewing Cameron Nino can reach out via the information below.

About:
Delivering a myriad of genres within the landscape of an EP isn’t the norm, but Cameron Nino isn’t your run of the mill artist. A music visionary, this Gen Z artist is here to make waves and change with his 2020 release, ‘OUT.’