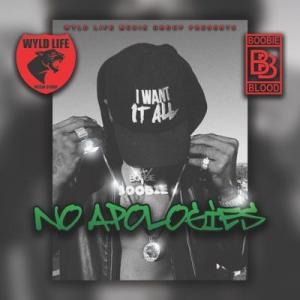 “On Purpose” Video Out Now

Minneapolis, Minnesota – May 19, 2020 – Boobieblood has been working nonstop for almost a decade building his name up and rising in the local ranks. Now he plans to take things to new levels with his 2020 release, ‘No Apologies,’ which is headed by the lead single and video “On Purpose.”

‘No Apologies’ follows a long line of releases that date back all the way to his first mixtape nine years ago. ‘ITSBOOBIEBITCH’ kickstarted his career and since then Boobieblood has racked up thousands of streams on Spotify, signed with Bentley Records, and added several mixtapes to his name – including his debut studio album, 2020’s ‘No Apologies.’

Born, raised, and currently residing in Minneapolis, Boobieblood started making music at the age of 12. Unfortunately, he started getting into trouble and landed in prison. After serving a three-year sentence, he decided it was time to turn his life around and focus his time and energy on his music. Soon after he dropped his first mixtape and from there started to build a new, solid reputation for himself in the rap realm.

Those interested in adding new rap to their playlists, reviewing ‘No Apologies,’ or interviewing Boobieblood for their site, podcast, or radio show can reach out via the information provided below.

About:
Boobieblood delivers straight fire with his new album, ‘No Apologies,’ and his lead video for “On Purpose.”