Brooklyn, NY — Saturday, August 22nd, 2020 — Ptolo is a new Afro Beat artist taking on the Nigerian based genre from New York City, and doing it well. His first single, Never Meant To Be, is a self-deprecating ode to his own inability to love. His follow up single, Not Convinced, explains why: he wants love, but he’s not convinced he should have to work for it. Ptolo’s artistry is fresh and honest, a pleasant break from the machismo and bravado that are prevalent in most of today’s Afro Beat artists.

Ptolo The Artist was born in Brooklyn but has lived on and off in many African countries. He started his music career in Rap/Hip Hop, but as he got older transitioned into Reggae and then Afro Beat. As he grew and transitioned, he also perfected his craft as a singer/songwriter. For those that love the Afro Beat groove, as well as good singing and songwriting, will find Ptolo a standout artist. You can presently find his first two releases at https://soundcloud.com/ptolo

In the first verse to his first single Never Meant To Be, Ptolo says: I should have warned you, I’m not an easy guy. This is a definite understatement. Ptolo is not easy at all. His songwriting skills are well above par as he speaks candidly about love and life, drawing from his own experiences.

Ptolo The Artist is most certainly poised to make an impact on the Afro Beat scene, even all the way from Brooklyn and New York City. For those that find his first two artistic releases on Soundcloud worth interest, they’ll be pleased to know that it is just the beginning. Ptolo plans on doing further mixes for his two initial songs, and to later release an EP as he continues writing and working with the best producers in the genre.

In short, keep your ears to the pavement, and listen out for Ptolo The Artist. He’ll definitely be coming soon to a concert near you.

And again, check out his two primary artistic releases at https://soundcloud.com/ptolo 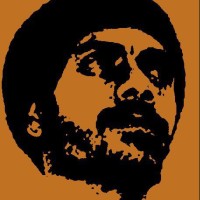