It’s not easy for musicians to build a following. You might have memorable songs and a great look, but unless you hit the jackpot you’ll have to put in a lot of time and energy to promote your music and build your fan base.

Self-promotion might not come easily to you, but it doesn’t have to be difficult either. There are tools you can use to help amplify your reach and make each thing you do to promote your music as effective as it possibly can be. Here are some secrets to keep in mind.

It might sound contradictory to say that less is more when we’re talking about self-promotion, but marketing is full of such contradictions. You want to make sure that you stay in touch with fans and reach out to new fans, but you don’t want to make them feel like they’re being bombarded with information from you, either.

For instance, some bands think they need to have a presence on every social media site. They convince themselves that more is better. But let’s face it, if your fans are primarily young men, the chances are pretty good they’re not spending their time on Pinterest. You don’t need to either.

Figure out where you can make the biggest possible impact for the smallest amount of time, money, and effort, and that’s where you should focus your attention.

Use the Tools Available to You

Some musicians have a Facebook presence but fail to take advantage of some of the tools that Facebook makes available to musicians. If you’re simply putting up a couple of posts a day, you’re missing out on some powerful self-promotion tools.

Let’s look at just one. Facebook Live Video rolled out slowly, but it’s now available to everybody with a Facebook account. Why not take advantage of it to do some promotion? Here are a few examples:

These are just a few suggestions, but any one of them can help you connect with your existing fans and attract new ones – and without having to feel that you’re honking your own horn.

Reviews can be the bane of a band’s existence – or the key to self-promotion. It all depends how you look at it.

Now, it’s important to note that there are two kinds of reviews that can help you. The first type is a professional review from a critic – the kind of thing that might appear in a newspaper, magazine, or a music blog or website.

Professional reviews can be difficult to get, but not impossible. You can get them by getting to know the music critics in your area, and by reaching out to critics when you’re on tour to get them to come to your show. A positive review can earn you free publicity, new fans, and record sales, so it’s worth putting in the time to get one.

You should also pay some attention to fan reviews that appear on Amazon, Facebook, Google, and other fan sites. You can encourage fans to leave reviews by linking to review pages in your emails or social media posts.

Amazon gives preferences to music that has a lot of sales and reviews when displaying search results, so doing what you can to accumulate reviews just makes good business sense.

Make Your Fans into Band Ambassadors

One of the best things you can do for yourself as a musician is to make your fans into ambassadors for your music. If you can accomplish this one thing, you can basically have an army of promoters working for you around the clock.

How can you do it? Here are some suggestions:

1. Host a contest where you give away an awesome prize like tickets to a show with a backstage pass or a cameo appearance in a music video. Host the contest on Facebook or Twitter, and require fans to share your posts to enter the contest.

2. Sell wearable band merchandise such as tee shirts, sunglasses, pins, and jewelry. Fans who really love your music will be eager to buy and wear them, and they’ll be walking billboards for you and your music.

3. Hire someone to design an app that will turn your fans’ profile pictures into band emblems. You’ve probably seen the profile pictures that people have used to celebrate marriage equality or sympathize with victims of terrorist attacks. Why not do the same thing with your band name or logo? 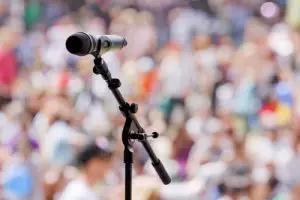 The more reasons you give your fans to get out and spread the word about you and your music, the more likely they are to do it.

But the bottom line is that it can help you attract new fans and prove your worth to music managers and record companies.

If you want some help getting noticed, we have a plan that can guarantee results. Click here to learn more! 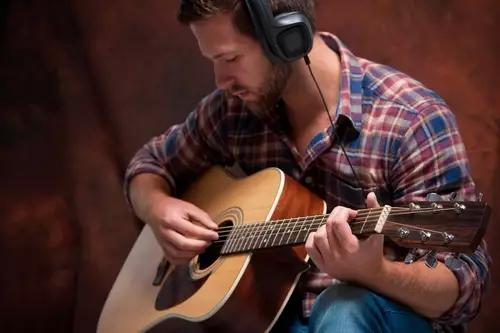