Multi-genre electronic music Producer/DJ Spiderhound is Sean Naughton, an experienced
musician, songwriter, producer and recording and mix engineer. Sean continues to fine-
tune his craft after 2 decades in many original rock bands. Sean has studied under the
talented Grammy award winning producer, Charles Dye and has worked closely with his
mentors – the brilliant and legendary sound innovator, ILL Gates and the genre bending
sound design guru, Mr. Bill. Sean also currently heads up A&R for Producer Dojo (ill.Gates’
record label and online learning community for music producers).
Although Sean’s first instrument was guitar, his instruments of choice at the moment are
Ableton Live 10 Suite, Moog Sub 37, Make Noise 0- Coast, Push and Native Instruments
Maschine Studio. Get ready to go on a musical journey with Spiderhound as he likes to
produce in a variety of Bass music sub genres including Downtempo, R&B, Glitch, IDM,
Leftfield Bass, Dubstep, Trap, Breaks, Drum and Bass and Experimental.

The Funky Pills EP by Spiderhound pays homage to the early days of rave parties with an
updated modern bass music sound design approach. Spiderhound serves up glitched out
vocals that weave in and out of heavy drums, sub bass and surreal textures that will keep
your hands swimming and your head bobbing. The Funky Pills EP will be available
everywhere on March 19, 2020.

In 2019 I committed myself to a Daily Music Making habit and I reached my goal of 365
songs in 2019. At the end of 2019 when I was listening back to all of the songs I found that
the 5 songs that I chose to be on the Funky Pills EP have a similar vibe and flow and really
seemed to go well with each other when played in sequence. They definitely pay homage to
the early days of raves in the 1990’s, but with a more modern music production and sound
design approach.

Each one of the songs were written as part of my Daily music making habit and I flagged
them for further production and proper mixing and mastering. The initial ideas for these
songs were created very quickly and when I heard them after letting them sit for a bit I

realized that they were promising and deserved more special attention. The songs work
very well as a unit so I decided to bundle them together for the Funky Pills EP. The EP is
meant to be a fun and energetic ride with an introspective final song that closes the curtain
on the show.

I will be performing with Rick Feds and Billa Joints at The Footlight in New York on
March 24, 2020 at 9:00pm

I created the character of Spiderhound to brand myself with a narrative that really
takes into consideration the many issues that we are currently facing on Earth. Here
is the Spiderhound backstory:
In an instant Spiderhound teleported millions of light years to Earth from planet
Elteres to escape certain death. Elteres, is more technologically advanced than
Earth and is currently ravaged by wars and widespread violence.  Spiderhound looks
human, but his left eye is black with a red spider symbol as a pupil. This eye reveals
the fact that he is part artificially intelligent (his left eye is a state of the art high
powered quantum computer with a camera and internal screen that can perform the
most complex computations and tasks in fractions of a second.)  The name
&quot;Spiderhound&quot; is his voiceprint command to turn off the AI component. He is the only
remaining member of his family and has an unfortunate and tortured recent
past.  His early life was very pleasant and quite charmed until his planet quickly
devolved into a culture that valued artificial intelligence over organic
intelligence.  Earth reminds him of his charmed and pleasant past and he feels that
he can be a positive force on Earth that can protect humans from experiencing the
same fate of his home planet.
When a life force teleports millions of light years in an instant there are unpleasant
side effects that can last a lifetime.  This includes nausea, severe headaches,
anxiety and crippling depression.  All of these symptoms can be eradicated through
the steady release of Dopamine.  Spiderhound gravitates to music and music
production as it is the path he can follow for dopamine release which eases his

pain.  He is determined to tell the story of his life through music and hopefully save
Earth in the process.  He is convinced that the Earth can only be saved through
music by uniting humans through the art of sound manipulation that resonates with
the core of human nature. He wants to ease both his personal pain and human pain
simultaneously in the hopes of creating a better world for everyone.

Music production is my biggest passion.  There is nothing more satisfying than
creating an emotionally resonant song from nothing. It’s important to have the
correct mindset for each phase of production. In the first phase of production it’s
important to not let the editor in. Phase 1 is the brainstorming phase where you
should have a mindset that is carefree, relaxed and experimental. The goal is to
create an abundance of ideas until you have more ideas than you actually need for
the song. At this point it’s key to switch mindset to the editor and sculpt the song so
that it will make sense for the overall narrative and emotional arc of the song. This
requires the ability to delete a lot of the initial ideas that were created in order to
properly serve the song. Detachment is key in the music production process,
because if you are too psychologically attached to the sounds that you created in the
first phase, it will be harder to edit them in phase 2. The ultimate goal of the songwriter is
to serve the song.
Besides music production, I enjoy watching movies, reading, spending time with my
family and friends and I love checking out live music.

I look forward to performing with Rick Feds and Billa Joints at The Footlight in New York
on March 24, 2020 at 9:00pm
https://www.facebook.com/events/751962588626331/
I also look forward to creating music every day and releasing new music each
month. I’m also a Music Production Mentor and Head of A&R for Producer Dojo,
ill.Gates’ Record label and online music production community.

Thanks for an awesome interview, Sean Naughton 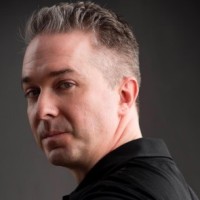