John Zambetti and Walter Egan are celebrating over fifty years of making music together as The Malibooz. Formed in the “surf mecca” of New York City, The Malibooz proved to be a major attraction on the Eastern seaboard from 1964-66. They released an EP in 1964 and the single “Goin’ To Malibu” in 1965. This led to appearances at The 1964 New York State World’s Fair. First, at the New York State Pavilion and then as part of the first color TV broadcast live from the RCA Pavilion.
The Walter Egan Band was signed to Columbia for five albums and then to MCA. Walter’s “Not Shy” album was produced by Lindsey Buckingham and Stevie Nicks and produced the million-selling hit “Magnet & Steel”.
In 1981 Rhino Records signed The Malibooz for a reunion album “Malibooz Rule!” This yielded the single “Hot Summer Nights” The video for “Hot Summer Nights” was filmed around Zambetti’s guitar-shaped pool and was one of the first videos aired on MTV. The Malibooz’ song, “Goin’ To Malibu” was the theme song for the MTV Malibu Beach House.
Since then the band has recorded 5 more albums and had over 30 songs in TV and Film, including a featuring performance in the Bruce Brown produced surf classic “STEP INTO LIQUID”. They currently sell CDs in over 25 countries.
On their album, “Queens’ English” (Walter is originally from Queens, NY), the boys paid tribute to the ‘60’s British Invasion with 14 new tunes in that genre featuring a dozen original British Invasion Icon guest artists including; Spencer Davis, The Hollies’ Tony Hicks, Chad & Jeremy, Rolling Stones’ producer Andrew Loog Oldham and The Quarrymen.

Founding members of The Malibooz, John Zambetti & Walter Egan has been making music together since the ’60s. Steeped in the ’60’s tradition of Surf and British Invasion, John & Walter are the principal writers and producers. John and Walter also had solo careers but always made appearances on each other’s albums. Walter is especially known for his million-selling mega-hit, Magnet& Steel which was produced by Lindsey Buckingham and featured backing vocals from Lindsey and Stevie Nicks.

Their new album is “QE 2” (Queens’ English 2), mastered at Abbey Road Studios in London. It continues the theme of original tunes in the 60’s British Invasion style.
The boys felt that British Invasion bands, like The Beatles, gave Americans back American music that had been overlooked in the U.S.
Artists like Larry Williams and Arthur Alexander were largely unknown to American audiences. The Stones did the same with blues artists who were largely unknown in the U.S.; especially by white, teenagers.
On QE 2, The Malibooz partake in what they call “The British Inversion”; taking the 60’s British Invasion sound that developed from American music and giving it a fresh spin for the 21st Century.

Along with bandmates, Scott Monahan (formerly of Spirit), David Chamberlain (Albert Lee Band), and John Daren Thomas they’ve created a new album of 14 original tunes, plus a cover of The Beatles’ “We Can Work It Out” which already is in rotation on the SiriusXM Beatles’ Channel.
The Malibooz are also noted for their inventive CD packaging and they’re received several Grammy nominations for it. QE 2 is no different, the Collector’s Edition features a real metal anchor and chain attached to the nautical QE 2.

A desire to get the word out about QE 2

The past few years haven’t been easy ones. Our lives have been filled with love, hope, and adventure; as well as loss and passage. It’s all reflected here as the journey continues. John, Walter, Scott, Dave, and JT have worked hard on this project and we hope you’ll join us as we set sail across the airwaves.

Walter Egan and John Zambetti are the primary songwriters. They write separately but consult each other along the way. The substrate for their inspiration has changed since they were teenagers writing in the ’60s. QE 2 primarily reflects life experiences of love and loss in songs like “Drift Off”, “Better Days”, “Heal A Broken Heart” and “My Life’s For Lovin’ You”. But there’s still a twinkle in the boys’ eyes which can be heard in songs like “Resist” and “She”.

Keyboardist/vocalist, Scott Monahan makes his Malibooz’ writing debut on this album with “Amazing”. The same with bassist David Chamberlain on his co-write with Walter on the uplifting, “New Morning ( Here I Go)”.

For the past 10 years, we have been opening for British Invasion bands like Herman’s Hermits, The Yardbirds, Badfinger, Donovan, etc. Due to COVID, all live concerts are currently on hold.

The Malibooz is a band steeped in melody and harmony that revitalizes the ’60’s British Invasion sound and brings it into the 21st Century.

David and John Daren are still avid surfers. (John has switched to stand up paddling)

We all enjoy reading during our downtime (the old fashion way with actual books). The content varies tremendously

Hoping to get out a tour ASAP. In 2019 we did show in the UK and there is interest for us to come back and tour there; probably with Humble Pie. 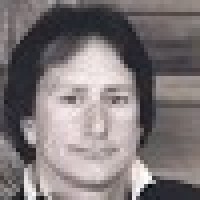