Mick Southerland wishes it was the 80s.

When I write I first and foremost strive to create honestly in art. Songs about the simple emotions like love, sorrow, longing that we all experience. I try not to abuse the metaphor but they do creep in here and there. I think you could say that my music is a blend of pop and indie electronic on the surface. To me, they are folk songs with an electronic beat behind them. I always include organ sounds in my topline melodies and noise whenever I can fit it in. My inspiration comes from movies, and heartfelt singers like Elliott Smith, David Bowie, Robert Smith (of The Cure) and maybe George Michael.

My latest release is an EP called “A night Divine.” It definitely has an 80s vibe to it. The vocals and lyrics are as passionate as I could honestly muster. One critic said that I have an “alien voice” which I take as a compliment. The music is not hard to love, it speaks to the heart and you can dance to it.

I recently left a musical Duo called Southernayers to head out on my own. I felt I was writing and producing more songs that my partner could keep up with and my style was drifting away from her comfort zone. I wrote and recorded these 5 songs to announce my solo endeavors and show people my singular sound.

I start out with rhythm and basic chord progression that I play on piano. I am a drummer, but most of the beats I create are from samples these days. I find that it is much easier to get clean sounds in a small studio when you are not using acoustic drums. I’m from an indie rock background, so I really try to get the guitar on everything, but it doesn’t always work out. I work with a lot of Korg Mono/Poly and Mellotron sounds. And of course, I play all my own handclaps.

I am going to keep cranking out the best songs I can create and push them across avenues like Soundcloud and Spotify until I create a demand for a tour. From day one of my solo careers, I decided to never be a “bar band” and instead opted to build an online distribution network to get my music out there.  I’ve spent the past decade as a session/tour player and am overplaying to a room of 10 people in Springfield whatever state. However, I do have a great group of players ready to hit the road when the moment is right. Ultimately, I really just want to create wonderful, memorable songs that make people cry.

I try to be consistent with my look and present myself in a unique way. These days, pretty much every photo you see of me is with a fur cap on my head. That has sort of becoming my trademark, which can be unfortunate when you live in Texas. It helps make an impact that will let them remember me. Beyond that, I have created a unique sound that I think is my own. It doesn’t quite fit into any category and it there for a signature.

Oh, well I just finished recording and mixing an album, so I’ve been listening to ME. Honestly, I don’t listen to anything when I’m creating. I always worry about inadvertently singing someone else’s’ song.

I have been writing and recording full time for the past year. I work eight to ten hours each day, so that’s what gets me out of bed. I grab a coffee, let the dogs out and walk straight into my studio. I stay there all day and evening. I’m a firm believer in Malcolm Gladwell’s ten thousand hours theory. Beyond that, I watch movies and read. I have an old Porsche that I’ve been restoring, but it’s been neglected as of late. And, I love to cook.

I’ve just started my next album. I can’t stop recording. 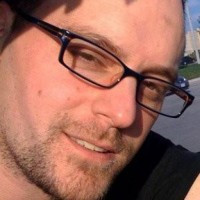