Delivered with relentless raw power, massive rock riffs and melodies, focus, passion and ambition Adam and the Metal Hawks will capture your attention the moment you hear or see them. Pure authenticity, this band is taking risks and combining hard rock roots with brilliantly punchy rhythms, captivating music, and lyrics, vocals that will give you goosebumps and melt your soul! Addressing your inner anxiety, depression, fear, happiness, confusion Adam and the Metal Hawks is a musical exorcism that will take you away from the daily grind and reality. Formed in 2018 from Long Island, New York, Adam, and the Metal Hawks are releasing new songs/videos on a monthly basis. A full-length album is scheduled to be released in the 3rd quarter of 2020. A national/international tour is in the works for 2020. In a short time, the band has not only built a huge local following, but a very big online following with fans from all over the world. The musicianship is off the hook. All four guys are prodigies in their own right. These guys are for real! They respond and connect with their fans. They do not stand on pedestals or lead you to believe they are something they are not. They are just four guys that love and believe in music! Organic to the core!

“Turn Around” is basically a hard rock love song. It’s about a relationship that may have been a bit rocky at times and both people have grown. It’s about making love out of the dark and into the light.

“Turn Around” is basically a hard rock love song. It’s about a relationship that may have been a bit rocky at times and both people have grown. It’s about making love out of the dark and into the light.

We usually will write about something that is on our mind and that inspires us. Our record label has its own amazing studio.  Features a British mixing console, a Studer 24 track 2″ tape machine, great mics, etc, etc. Most of the time when we record, we focus on mainly getting a great drum and bass performance.  Then we overdub guitars, vocals, etc, etc. Then we mix.

We are planning to do 2 tours this summer.  One in the states, the other in Europe.
Updated info will be on our website www.adamandthemetalhawks.com

There are a few things that make the band unique and stand out.  First off is Adam’s voice. Adam has an amazing range and pitch. He can sing the soft stuff to high-end raspy screams! The music.  We are an organic hard rock band. We write from the heart with passion and fire. Although the band ages are 18 to 25 many people say we have old rock n roll souls. Another thing that I think fans appreciate is that we are not trying to be anything we are not.  We relate to our fans as peers. We are the same as you. We just love to create and play music.

Playing music and to make people happy and feel something.  Of course, we would like to do this for the rest of our lives if possible.

We are shooting a really cool video for a song we wrote called “Shining in the Moonlight”.  The song is about so much drama and conspiracies that happened during the filming of Stanley Kubrick’s iconic masterpiece.  This is going to be a concept/performance video.

Thanks for an awesome interview, Adam and the Metal Hawks

Connect with Adam and the Metal Hawks 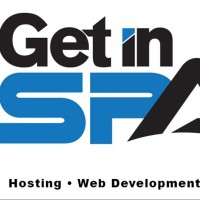 Adam and the Metal Hawks

ORDER YOUR PRESS RELEASE
« From Warehouse to The Next Stage out of Town » Soul In Stone is Back !!!
Categories: Artist Interviews, Interviews
Tagged: Rock