I’ve been in music as a touring artist since the 90s and toured the world with my rock band, State of Man. After five successful releases and a top 10 Billboard single called “Swallow Your Fears” (licensed for the 2010 Winter Olympics by NBC), I took a break to be with family and got back into music in 2015 with the release of my first solo album, “Limitless Love & Light.” My music is considered positive music and comes from a place of love through my asking and listening for what each song needs to be and doing my best to capture what I hear inside. I currently tour, speaking and performing at festivals, conferences, spiritual centers, churches, workshops and more, sharing the music to help people align with the best of themselves.

The music has been well received and the first song on the album, “That’s Love,” has been nominated for a 2017 Empower Posi Music Award and the awards occur in Tampa, Feb 2017.

“Limitless Love & Light” is a collection of songs all funded through a kickstarter campaign where supported donated $9,550 to help me record and produce the album.

Two of the songs feature a duet with 2016 Presidential Follow of the Arts receipeitn, Victoria Canal, who was only 17 at the time she recorded with me. Her voice is phenomenal, so it was a pleasure to feature her on the album.

One of my favorite quotes regarding the music follows: “John Stringer offers soul-stirring music that inspires, motivates & awakens the listener to his or her own soul message. His music provides a space for you to remember your connection to Source & that you have everything you need to soar!”

I wrote this release primarily by asking what I needed to do and listening for an answer. Lessons that I could apply to my own life experiences all came forward into this album.

As for how I was inspired to actually write it…. I was working as a Director of Marketing at an Atlanta marketing agency when I did my typical routine at work of meditating and asking what I needed to do next and the inspiration that came through pretty clearly was to resign. I triple checked and once sure it was what I needed to do, called my wife to inform her. With a more than a little bit of concern, she supported me because we’d been living by inspiration and intuition for some time at that point and learned to trust what we got. I turned in my resignation that very morning and continued on my journey that inspired the songs.

Each song came from exploring what I like to think of as creative genius that we all have access to – that creative force in us all that is responsive to our requests. So, the inspiration was a direct result of what I heard when I explored.

One of the songs, “I Say Yes,” which is one of my favorites, actually came to me as I was walking through my house after a phone call giving thanks to that creative force for the things I was experiencing. Other names I like to use for that creative force include genius, God, Love, Spirit, Highest power, etc..

Another song came after I was asked if I had a song about unity and diversity, three days before I was to play a spiritual center in Atlanta called SLCA. It’s a very diverse community and LGBTQ friendly, so I meditated on it and got to write one. That’s how “You Are Welcome Here” came about and often when I play that particular song, people comment that they would like to use it for the church of spiritual center. I think that’s because it has a very universal message of love and acceptance.

My hope is to release a video for “We Matter” and “Power of love & #blacklivesmatter” because both were powerful messages of love and acceptance to those who feel disenfranchised and to those who feel separate and better or worse off than their brothers and sisters in humanity. We’ll see what unfolds.

I will continue touring throughout the US. Some highlights include appearing at one of my favorite spiritual centers in Feb called Agape, the Posi Music awards that same month, and throughout the US the rest of the year. I got to perform at a conference in Bali, Indonesia at the end of 2016, which was the 11th country I performed in and I’m currently discussing the possibility of more international gigs this year with my manage, who’s also my biz partner and wife!!!

I share a lot of my message and what the songs are about on my blogs, at concerts and during the talks I give throughout the country, so that part of it takes care of itself. Since the purpose of the music is to inspire and empower others to be love, it sort of takes care of itself. I use social media, my newsletter and website to help spread the message and I give away 3 albums for signing my newsletter online and at shows, so that give people the opportunity to familiarize themselves with some of the older music if they prefer, before exchanging anything for the new music. The music is also available on nearly all major streaming and digital retail outlets, thanks to CD Baby distribution. I also use Reverbnation, BandsinTown and other online tools to help spread the word.

I listen to a lot of different artists based on whatever my mood dictates at the time. Right now, I’m listening to Six60, Kaleo, Bon Iver, Hozier, Down Like Silver, Amy Winehouse, Kanye West, Citezen Cope, Ray lamontagne and more. Thanks to Pandora custom artist Radio, I’ve been discovering new artists as well!

Every day, I meditate, listen for what I need to know/do, spend time with family if in town, and seek to align with love in some way. I also frequenty watch anime and play video games with my 7 year old son, as well as play one of my current favorite video games right now – Lords Mobile.

I’ll be playing at Agape International in LA, touring throughout the US, releasing charts for some of my songs and recording my second solo album, “From Moment to Moment.” I’m also continuing true collaboration training work with corporate leaders through the company I work with called BandingPeopleTogether.com. We love what we do and it fits well with my some of my interests/passions: music, learning, teaching and behavioral science.

Thanks for an awesome interview, John! 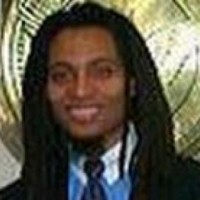